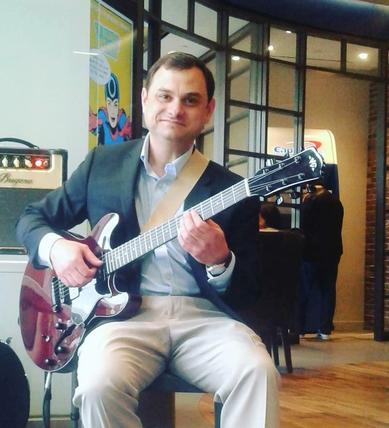 Residing just outside the Southern Arizona city of Tucson, Joe Weinberg regularly performs as a solo guitarist.  Prior to relocating he was one of the most in demand jazz guitarists and music educators in Boston.  He has taught music at such institutions as Berklee College of Music and Clark University. In addition, he has also been featured as a regular musical guest on CBS, NPR, and CNN Radio.

Joe is available to perform at your next function and will customize the music to make your event extra special.